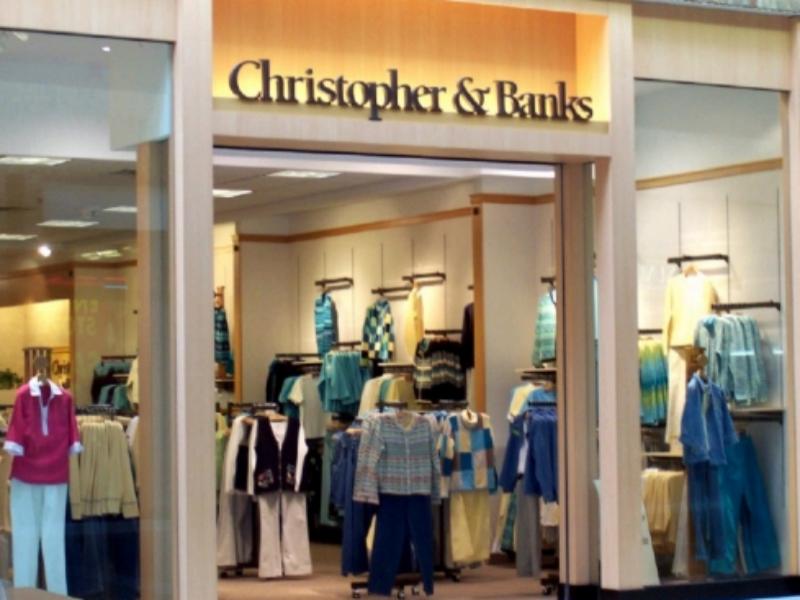 A source in Germany has shared that a German-Singaporean group of investors affiliated with the German chain Ulla Popken plans to enter the U.S. market by acquiring Christopher & Banks (OTCQX: CBKC) for around $33 million cash ($0.88/share), taking advantage of the recent coronavirus-induced dramatic market drop.

Christopher & Banks was founded in 1956 and has a head office in Plymouth, Minnesota. As of February 2020, Christopher & Banks chain had 447 stores in 44 states, specializing in women's plus size clothing. Annual turnover in 2019 was around $349 million. However, in recent years the company has been unprofitable. In December 2018, there was already an attempt to buy Christopher & Banks for $30 million ($0.80/share) by the U.S.-based CSC Generation Holdings with the support of the Chinese investor China Science & Merchants Capital Management. The board of directors of Christopher & Banks rejected that offer, and since then the company's stock continued its precipitous decline.

However, in the most recent quarter, before coronavirus pandemic forced the company to temporarily close all of its stores, Christopher & Banks showed early signs of a potential turnaround. In the Fourth Quarter Fiscal 2019, total revenue increased 4.5% and net loss improved by $6.2 million, and in the previous Third Quarter Fiscal 2019, Christopher & Banks net income improved $9.3 million to $0.5 million - a first quarterly profit in more than five years.

In the past few years, the U.S. retail sector, especially clothing, has lost its attractiveness among many professional investors. A series of bankruptcies of large chains, including the historical bankruptcy of the American icon Sears in 2018, which in the early 1990s was the largest retail chain in the United States, played a significant role in forming a negative perception of the sector. However, according to analysts, certain retail niches remain attractive in terms of investment. An important factor is not only the product range and target audience, but also the store format.

This is one of the reasons Christopher & Banks has become the target of a second takeover attempt. The average area of its stores is small at just 300-400 sq.m., and nearly half of its store leases are coming up for renewal in 2020, giving the buyer a lot of flexibility.

It is speculated that the German-Singaporean group of investors became interested in Christopher & Banks also because the company has a strong brand and a very loyal national customer base of middle to upper-middle class women age 50+ with significant purchasing power even during the coronavirus pandemic, and is mostly located in the U.S. Midwestern second-tier cities, where there is much less competition.

According to the source, the acquisition should have minimal effect on Christopher & Banks employees in Minnesota. The two brands will be run separately. It will provide the financial strength for Christopher & Banks to weather the coronavirus pandemic and emerge in a much stronger, more dominant market position.

Videos circulating on social media show Ultra-Orthodox Jews in the Israeli town of Bnei Brak coughing on police and calling ...

Conduct of Pell investigation should be reviewed

The allegations of sexual abuse against Cardinal Pell were investigated by the Victorian Police, in particular by Taskforce SANO. This ...

Hot off of singlehandedly ending the Israeli-Palestinian conflict, America's Son-In-Law-In-Chief has put himself in charge of handling half of the ...

Reuters suspended from Iraq after story on Covid-19 cases

Time for U.S. to stop plutocrats from directing public policy?

The novel coronavirus is quickly exposing the deadly dysfunction of our national government, which we can all now see represents ...

Paris [France], Apr 3 (Sputnik/ANI): As many as 471 people have died in French hospitals from the coronavirus over the ...

When the wealthiest country in the world is unable to produce basic medical gear to cope with a rampaging pandemic, ...

Philippines company to produce millions of facemasks per month

CLARK FREEPORT ZONE, Pampanga, Philippines - With skyrocketing demand for face masks, following a change of experts views on their ...

World Expo in Dubai likelt to be put back by year

NEW YORK, New York - A streak of 113 consecutive months of jobs growth came to an end with data ...

Healthcare for everyone in America needs to be free

Access to COVID-19 treatment is key to helping Americans combat the disease, as well as containing its spread. To their ...

SYDNEY, Australia - It was a downhill day on Asian bourses on Friday, with all the major indices losing ground.The ...