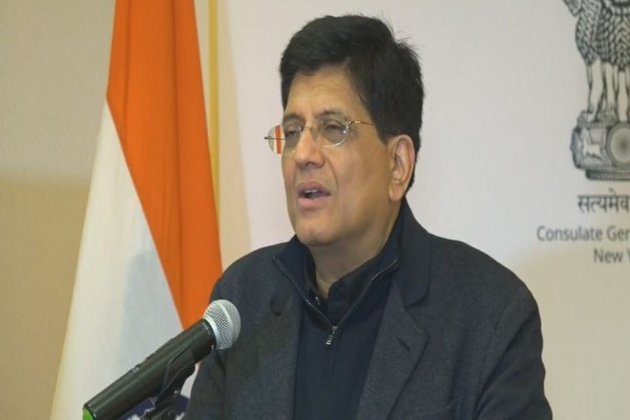 He was speaking at the fourth Plenary Session of the B20 India Inception Meeting on Building Resilient Global Value Chains in Gandhinagar, said a press release.

Goyal noted that MSMEs flourish around a larger unit or anchor. Citing an example, he said, as Apple's manufacturing plant comes up, thousands of MSME units flourish in the ecosystem as mini value chain suppliers to Apple. He also said that MSMEs have more practical solutions, and day-to-day experiences, and having learnt the hard way, are able to adapt to circumstances better than large companies, added the press release.

He said that large companies must be sensitized to handhold MSMEs associated with them, as per the statement.

"We must also try to make it easier to operate for small companies, eliminate unnecessary paperwork, make custom processes simpler, and use technology to ease and simplify processes," he stated.

He pointed out that Singapore has been playing an important role as a trading hub and suggested that a study can be done to figure out what Singapore has been doing right and based on this a basic framework can be created for supporting MSMEs. It may involve Infrastructure development, addressing challenges of logistics, he added. He also said MSMEs bring trust to the table, which is the most important element of any value chain be it domestic or international.

On integrating India with Global value chains, Goyal said if we do not harmonize our value chains with the rest of the world, or if we don't create logistics which are easier and faster, it would be difficult for international companies to get India into its value chain.

To become a trusted and resilient partner in global value chains, Goyal said, the Government is also focusing on creating an enabling ecosystem, that is simpler, and faster and promotes ease of doing business. He said the focus of the government is on trying to make our country accept Quality as the most important factor in the success story of India. He emphasized that setting global benchmarks, harmonizing Indian standards with global standards, and consumers becoming more demanding of quality are essential for India to become a global key player.

Goyal said India faced a COVID-19 crisis with exemplary resilience, which has been recognized the world over. He said India is one of those countries that through the entire period of covid pandemic never let down a single business commitment. Every service commitment was met without any disruption, there was not a single day of power failure, energy shortage, or no law and order problem, he added.

On the India-UAE CEPA agreement, Goyal said that MSMEs of both countries will be the biggest beneficiary of this agreement. Both countries are engaging with each other and exploring opportunities to meet the needs of each other countries. He said India is in dialogue with some of the larger companies of the UAE to leverage the best out of CEPA.

On, the district as an export hub initiative of the Government, Goyal said it is inspired by the Prime Minister's idea to recognize every district for its unique products and identify the speciality of districts by knowing which district exports which products. He said, under the initiative today, exports from each district of the country are mapped and figures for exports from each district are known. This database of each district is now being used to promote these products across the world. For example, Morbi is recognized for ceramic exports, Tripura exports pineapple and Bihar exports litchi, he said.

He said the government is looking at each district and its potential to emerge as an export hub. It is coordinating at district and state levels to see how businesses can be connected with world markets, making each district realize their role in value chains.

Goyal urged Industry to recognize global efforts to tackle climate change and take up the responsibility of becoming conscious and sustainable in their business practices. (ANI)

WASHINGTON, D.C.: Finland and Sweden are prepared to join the NATO alliance, the U.S. State Department announced this week.The move ...

US files antitrust case against Google over digital advertising

WASHINGTON D.C.: The US Justice Department has filed an antitrust complaint claiming that Google is abusing its dominance in digital ...

Public health experts have welcomed Mexico's ban on cigarette smoking in all public places, including hotels and beaches, after the ...

France military ordered out of Burkina Faso in west Africa

OUAGADOUGOU, Burkina Faso: As Burkina Faso, in western Africa, faces an Islamist insurgency, it is set to end a military ...

As births continue to fall, Japan seeks incentives for parents

TOKYO, Japan: Japanese Prime minister Fumio Kishida said this week that it was "now or never" for Japan, one of ...

BENTONVILLE, Arkansas: To attract and retain employees in a tight domestic labor market, Walmart has announced that it it will ...

Artificial meat given first approval by US officials

NEW YORK CITY, New York: As early as this year, lab-grown meat could be served in some restaurants in the ...

As travel opens up, Thailand prepares for 5 million Chinese tourists

BANGKOK, Thailand: Following China's reopening and the end of its strict COVID-19 restrictions, businesses on Thailand's holiday island of Phuket ...