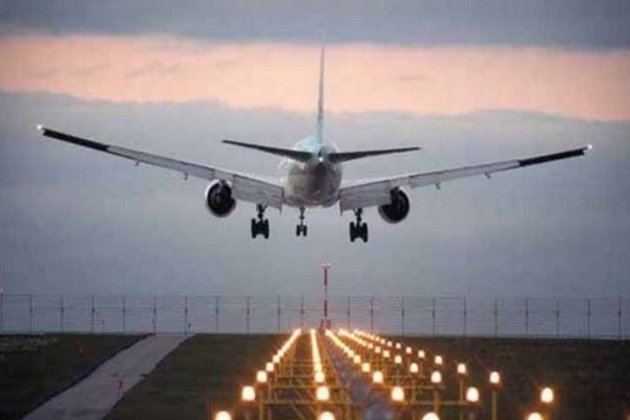 New Delhi [India], January 21 (ANI): Singapore budget air carrier Scoot on Saturday said that the timing of its January 18 flight, which had departed from Amritsar airport without several passengers was changed on account of the "prevailing foggy condition" at the airport.

Scoot Airlines' explanation came days after the Directorate General of Civil Aviation (DGCA) sought a report from the Airlines.

In its reply to the aviation regulator, the airlines said that 17 passengers were affected on January 18 "as their travel agent didn't inform them about the change in time".

"Incidentally the timing of the flight was changed on account of the prevailing foggy condition at the Amritsar Airport," the low-cost subsidiary of Singapore Airlines said in a statement.

It added in the statement that the passengers were offered options to rebook free on another flight within 14 days, 120 per cent refund in form of vouchers, and 100 per cent refund by the Airline by mode of payment, while "all 17 affected passengers have been looked after".

The DGCA probe was initiated after the Scoot Airline flight which was originally scheduled to depart at 7.55 pm on Wednesday from the Amritsar Airport took off at 3 pm, hours ahead of its departure time.

This triggered chaos at the airport with angry passengers who were left behind staging a protest. They registered their complaint with the authorities concerned at the airport.

After Airport authorities contacted the airline officials they were informed that the passengers were informed about the change in flight time via e-mail.

An airport official told ANI that the travel agent, who booked the tickets for a group, had not informed them (passengers) about the change in flight timings due to which the airline flew with the passengers who had reported on time.

Meanwhile, a similar incident was also reported recently from Bengaluru airport when a Go First Delhi-bound flight took off leaving behind 55 of its passengers who were on their way to the flight via a shuttle bus.

The passengers who were left behind were reportedly accommodated on another flight four hours later.

The DDCA issued a show cause notice to the Chief Operation Officer of Go First airlines as to why enforcement action should not be taken against them for dereliction of their regulatory obligations. (ANI)

WASHINGTON, D.C.: Finland and Sweden are prepared to join the NATO alliance, the U.S. State Department announced this week.The move ...

US files antitrust case against Google over digital advertising

WASHINGTON D.C.: The US Justice Department has filed an antitrust complaint claiming that Google is abusing its dominance in digital ...

Public health experts have welcomed Mexico's ban on cigarette smoking in all public places, including hotels and beaches, after the ...

France military ordered out of Burkina Faso in west Africa

OUAGADOUGOU, Burkina Faso: As Burkina Faso, in western Africa, faces an Islamist insurgency, it is set to end a military ...

As births continue to fall, Japan seeks incentives for parents

TOKYO, Japan: Japanese Prime minister Fumio Kishida said this week that it was "now or never" for Japan, one of ...

BENTONVILLE, Arkansas: To attract and retain employees in a tight domestic labor market, Walmart has announced that it it will ...

Artificial meat given first approval by US officials

NEW YORK CITY, New York: As early as this year, lab-grown meat could be served in some restaurants in the ...

As travel opens up, Thailand prepares for 5 million Chinese tourists

BANGKOK, Thailand: Following China's reopening and the end of its strict COVID-19 restrictions, businesses on Thailand's holiday island of Phuket ...