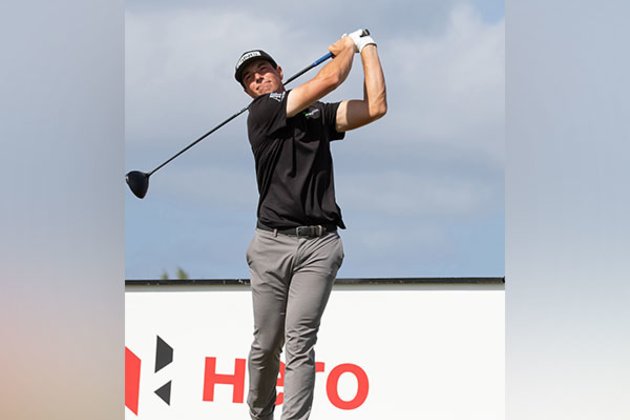 Nassau [Bahamas], December 4 (ANI): On a day when the relentless wind made scoring difficult on the second day at Albany, Scottie Scheffler (68) had a magical stretch of four birdies in five holes at the World Challenge.

Hovland, who had three eagles while winning the Challenge last year, already has two in two days this year as he attempts to become the first player since Tiger Woods in 2007 to win back-to-back Hero World Challenge titles. Scheffler is the only other player with an eagle this week.

Despite the wind, the quality of golf in the 20-man has been superb with 10 players under par for the second round and another getting even par 72. Nine players are under par for 36 holes and another three are even par.

Scheffler, who could go back to No. 1 in the world if he wins this season was two-under through his first nine and then gave a shot back on the 10th. Then came a five-hole stretch from the 11th to the 15th in which he holed four birdies only to drop a shot again on the 17th for an a68.

That 68 was matched by Xander Schauffele and was the day's best round. With Collin Morikawa (71-69), Cameron Young (71-69) and Xander Schauffele (72-68) also showing great skill in the conditions, there was a four-way tie for second behind leader Hovland.

If Hovland's near ace on Par-4 14th enroute to an eagle was the talking point on Day 1, his slam-dunk eagle with a pitching wedge from just under 85 yards on the sixth was the shot of the second round.

It was his second eagle of the week and Hovland then ran three birdies in a row from 13th to 15th but two bogeys each on either side of the course meant only a 2-under 70. Yet at 5-under, he leads by one over Scheffler, Collin Morikawa (69-71) and Cameron Young (71-69).

Hovland could well be the man this week if the wind continues this way. His experience of windy conditions in Europe will help. Hovland, who before the tournament had said he was not happy with his hitting, was quite good even in windy conditions.

"It's kind of strange like I knew it was windy and I feel like I missed so many putts," said Hovland. "And I still don't feel like I'm hitting it very good. I'm not comfortable over the ball, but the ball's going straight and I'm giving myself looks."Korean youngster, Tom Kim (69-72) continues to impress and gain popularity. After a bogey-free first day, he carded even par 72 on the second and sole sixth one shot ahead of Justin Thomas (72-70) in the sole seventh.

Coming off the course, Kim was scrolling his phone for the World Cup football results as South Korea was playing. He asked incredulously, "Did they win?" And then laughed and added, ""Goosebumps," while stretching his arms. Korea are now in the knock-out stage of the World Cup for football.

Kim, bogey-free on the first day, dropped two late bogeys on the 16th and 17th and finished at even par. Asked about his golf after he learnt of the football scores, he said, "That news probably was way better than my golf. Wow."Then he added, "It was tough out there today, the wind was really blowing. I was playing well. And obviously, it wasn't the finish that I wanted, but even par on the PGA Tour and you don't drop that many spots, you're only a few spots back is a good sign."Xander Schauffele with five birdies against one bogey included some great wedge play and he moved up into a tie for second.

Usually, the scores are low at this event, but a leader at 5-under suggests otherwise this time. The weekend could provide drama. The course, which was soaked because of the rain over the days Wednesday and Thursday, now seems to have dried out on account of the wind getting up to as much as 30 miles per hour.

Sepp Straka, one of the four leaders on Day 1, dropped to tied eighth after shooting 74 with just one birdie against three bogeys. (ANI)