Centre continues its silence on Chinese incursions on border, change in status quo on LAC: Congress 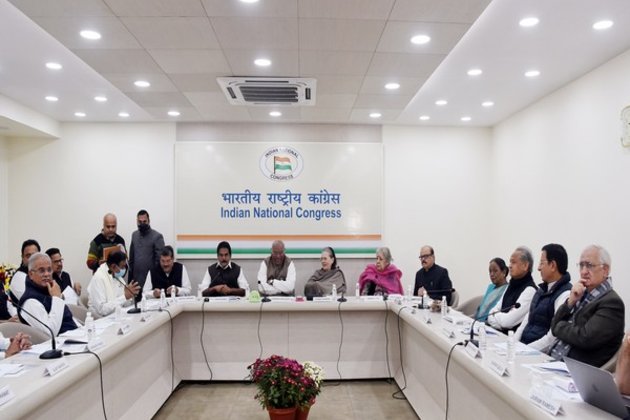 New Delhi [India], December 4 (ANI): Congress on Sunday alleged that the Central government has continued its silence on Chinese incursions on the border and the change in status quo on the Line of Actual Control (LAC).

"The Government continues its silence on Chinese incursions on the border and the change in status quo on the LAC, even as credible reports indicate increased deployment of Chinese troops and weaponry," read a statement from Congress Steering Committee.

The Steering Committee of the Indian National Congress met today at 10 am at 24 Akbar Road, New Delhi, with Congress President Mallikarjun Kharge presiding.

"As India faces these challenges, the Prime Minister continues to deny, distract and divide. His inflammatory rhetoric during the recent election campaigns in Gujarat and Himachal Pradesh has further polarised the polity and society at a time when serious discussion and debate are needed," the statement further read.

It said, the Committee noted with concern the grave economic, social and political challenges that India continues to face. These challenges intensify every day. Crores of people struggle with soaring prices (increasing at nearly 7%) and record unemployment (8%), even as the Government allows the concentration of the nation's wealth in a few chosen hands. Economic growth continues to slide with every passing year.

The deliberate subversion of, and attack on Constitutional institutions continues. The pre-meditated attempt that is underway to de-legitimize the judiciary and orchestrates a confrontation between the executive and the judiciary is particularly alarming, the statement added.

The relations between India and China soured following a standoff in April-May 2020 over the transgressions by the Chinese Army in multiple areas including the Finger Area, Galwan Valley, Hot Springs, and Kongrung Nala. The situation worsened after violent clashes with Chinese troops in Galwan Valley in June.

In June 2020, the two armies were engaged in a violent clash that resulted in the death of 20 Indian soldiers and several Chinese troops. (ANI)