BANGKOK, Nov. 11, 2022 /PRNewswire/ -- Ragnarok X: Next Generation (ROX for short), based on a classic video game IP, is one of the most promising games in this new wave of going global. ROX was launched in 11 Southeast Asian countries in June 2021, and sees tremendous success in the AppGallery platform, generating its biggest portion of revenue than other mobile app stores.

ROX has topped AppGallery's list of best-selling apps in the Asia Pacific for 12 consecutive months. In light of ROX's outstanding success outside China, what are some tips that can be learned by other developers? 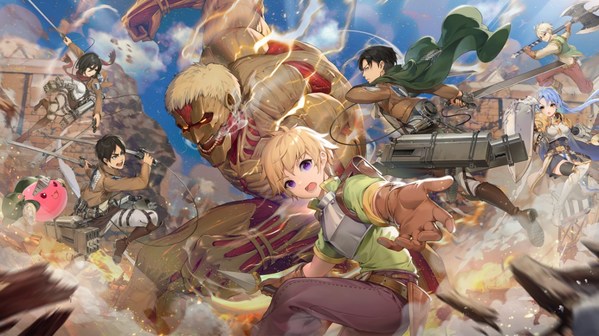 The first step to success is a favourable market

For developers, choosing the right go-global destination is the first step. In terms of market potential and cultural receptiveness, the Asia Pacific region is undoubtedly the first choice for developers who want to expand their market share.

According to Sensor Tower's Store Intelligence service, the total revenue of Southeast Asia's mobile games market in 2021 was US$2.79 billion, a YoY increase of 15.4%. The Ragnarok IP is already popular in the Asia Pacific region, and its mobile game adaptations are usually renowned for their exquisite visuals and cute characters. In terms of game design, ROX features a brand-new 360-degree panoramic view and cute, three-head-tall chibi-style character designs, which cater to the aesthetic tastes of Asian gamers within the cultural sphere. Therefore, it was a natural decision for the developer of ROX to choose to release the game in Thailand, Indonesia, the Philippines, Malaysia, Singapore, and Vietnam to help expand its global reach.

Finding the right partner is the key to success

In addition to selecting the Southeast Asian market where the Ragnarok IP is well-liked, another recipe for the success of ROX's go-global initiative was selecting the right partner.

With more than 20 years of global business experience, Huawei operates in more than 170 countries and regions worldwide and has amassed over 580 million monthly active HMS users. This makes Huawei the number one choice for developers to expand their business outside China. The ROX development team sent a cooperation request to Huawei just 40 days before the scheduled launch of the game in Southeast Asia. Due to the tight deadline, the greatest initial challenge was to complete app testing and release the app on time.

From planning to testing and finally, to release, ROX was successfully launched on AppGallery and other platforms in just 40 days, thanks to the support of Huawei's professional localized operations team in the Asia Pacific region. Without Huawei's help, it would have been impossible to ensure process compliance before the game launch, smooth user experience after launch, or solve a series of challenges such as traffic acquisition and monetization.

As one of the world's top 3 app markets, HUAWEI AppGallery offers comprehensive support to developers, providing rich tools, capabilities, resource support, and full-stack solutions to facilitate the creation of ROX. With an accessible ecosystem, developers have abundant app resources to create premium content for a wide user base.

Once ROX was successfully released, the next challenges were how to operate and promote the game in each country, and how to quickly acquire and monetize traffic. The support of the localized operations team became even more crucial during this stage. Luckily, by leveraging its years of experience operating in Southeast Asia, Huawei's localized operations team has in-depth knowledge of the local mobile game ecosystem and has access to the right resources to directly reach gamers. 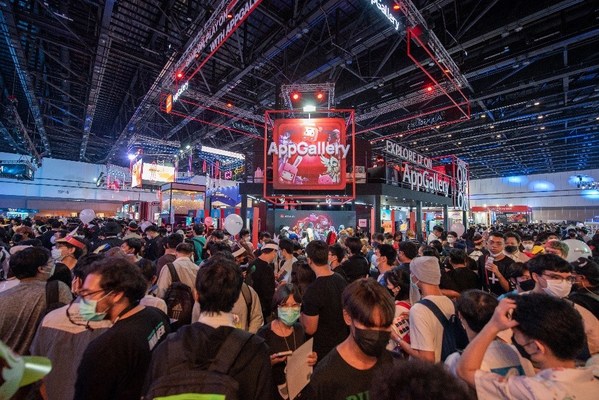 Strategies for performing joint online and offline promotion of ROX were formulated. This included creating a series of special discounts and preferential policies for players before ROX's launch. After the launch, ROX was fully promoted offline.

For online promotion, Huawei utilized its longstanding relationships with local KOLs and influencers who used their accounts on YouTube, Facebook, and various forums to promote ROX and encourage their audience to pre-order the game. Huawei also promoted the game through its own official accounts, apps, and platforms. By utilizing its industry expertise and local resources, Huawei successfully helped ROX reach number one on AppGallery's list of best-selling apps.

Joint promotion of ROX and AppGallery

Once ROX had been released for a while, the next challenge was to maintain sustainable development through the continuous joint operations of Huawei and ROX.

In addition to daily exposure and promotion, another important thing that Huawei and the developer of ROX did was to jointly promote ROX by organizing gaming tournaments. One such tournament was the ROX War of the Chosen (WOC) - the Season of Thor tournament held from June to July this year. The event was a valuable practice of ROX in the world of MMORPG esports. Since AppGallery is an important participant and supporter of the esports ecosystem, Huawei promoted the event in its online and offline stores. The tournament was broadcasted all day on screens in Huawei stores and, from June 18 to 22, a ROX game experience area was set up in the stores to attract players and help promote ROX esports events. 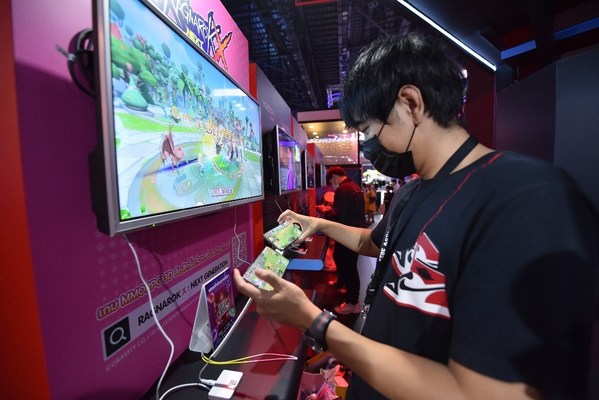 In addition, Huawei helped ROX host tournament watch parties in bustling business districts in Thailand, Indonesia, Singapore, Malaysia, and the Philippines. KOLs were invited to participate, and large numbers of fans turned up to watch the tournament final, which helped promote the event to more Southeast Asian users. 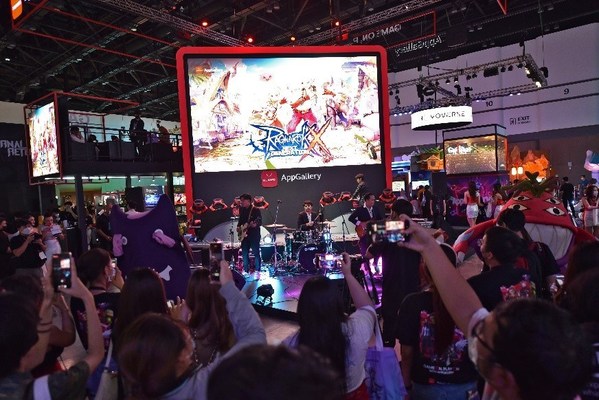 The close collaboration between game developers and app distribution platforms proves fruitful for both parties, as HUAWEI AppGallery draws large crowds at the recently held Thailand Game Show 202 with more than 160,000 attendees, heavily featuring ROX with ROX merchandise, ROX Night Party and stage events, as well as in the gaming experience zone. 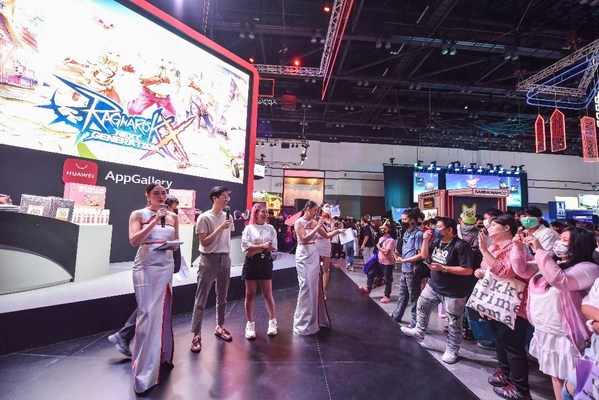 From 21-23 October, over 100,000 gaming enthusiasts visited the AppGallery booth to immerse themselves in the world of ROX, whilst enjoying a fun ROX Night Party, participating in thrilling tournaments, meeting their gaming idols, and winning a myriad of prizes. 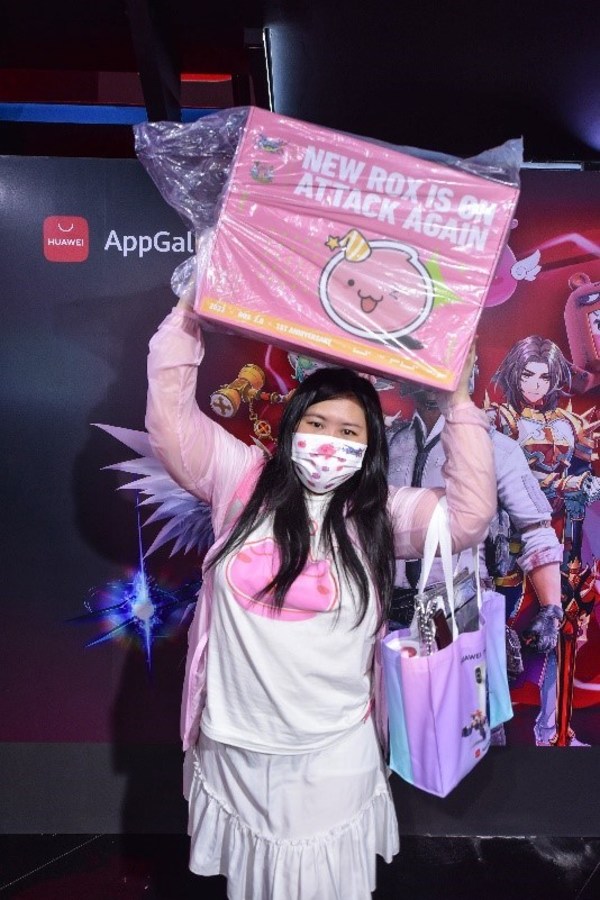 As more game developers expand their business in the Asia Pacific region, it is critically important for developers to select partners with rich industry experience and know-how.

And with HUAWEI AppGallery, there's the added benefit of merging software and hardware collaboration opportunities. The recent launch of the popular HUAWEI nova 10 Series smartphones has provided another opportunity for the exposure of ROX that benefits both Huawei users and ROX fans.

In Malaysia, Thailand and the Philippines, HUAWEI nova 10 Series users will have a chance to redeem limited ROX giftpack in AppGallery until April next year. 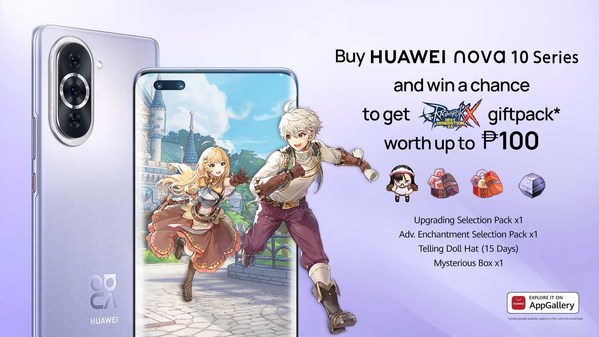 As a mature and experienced player in global business operations, Huawei looks forward to providing support for more developers and exploring the global market with them. The Huawei Developer Day APAC 2022 Awards has nominated ROX for the Most Valuable Partner 2022 Award, recognizing its status as the top-grossing MMORPG in Malaysia and popular status in other APAC countries.

The HDD APAC 2022 event will be held on 15 November 2022. Stay tuned @HUAWEI Mobile Services on Facebook to find out more news on AppGallery and whether ROX has snapped the winning prize!

Log on to this link to find out more about the HDD APAC 2022 event: https://bit.ly/3EglDGS

WASHINGTON, D.C.: According to a Pentagon report, if China continues with its current nuclear buildup pace, it could have a ...

William, Kate plan US trip in bid to tamp down royal controversies

LONDON, England: Prince William and his wife Kate, the new Prince and Princess of Wales, will travel to the U.S. ...

SYDNEY, Australia: For the first time in eight years, Australia lowered its terrorism threat level from "probable" to "possible," due ...

TRENTON, New Jersey: As part of a project to prevent major wildfires in a federally protected New Jersey forest, up ...

VIENNA, Austria: During a 24-hour strike by Austrian rail workers held this week over issues related to pay, rail traffic ...

HONG KONG: Paving the way for a potential bumper payout to shareholders, HSBC has agreed to sell its business in ...

WASHINGTON D.C.: The National Retail Federation (NRF) has reported that even as inflation has negatively affected many household budgets, heavy ...

IRVING, Texas: Exxon Mobil Corp will wind down oil production in Equatorial Guinea in West Africa after its license expires ...