MELBOURNE, Australia and LONDON, Sept. 27, 2022 /PRNewswire/ -- TGI Sport has acquired Sportseen, a leading rights buying and digital advertising sales firm, the company announced today. The deal is the third in a recent series that establishes TGI Sport as the industry leader in experience, resources, and capabilities around the virtual, digital, and LED advertising marketplace. TGI Sport is owned jointly by Bruin Capital and Quadrant Private Equity.

Founded in 2007 by Chris Jones and Vasco Gomes, Sportseen has been at the forefront of the emerging opportunities to integrate geotargeted, AI-informed advertising on every screen and platform. The company specializes in rights acquisition, sales, creative, and distribution of LED advertising. Its client roster includes top-tier leagues and federations including the Football Associations of England, Wales and Scotland, the Welsh and Italian Rugby Unions, Ashes Cricket, The Rugby Football League and many established and emerging brands including Visa, Continental, Just Eat, J.D. Sports, Hormann, Euronics, Sage. Jones and Gomes will remain with the company, leading "Sportseen, powered by TGI Sport" and reporting to TGI Sport Global CEO Martin Jolly.

"We are very pleased to have Chris, Vasco, and the Sportseen team join the family," said Jolly. "They are well-respected leaders who were ahead of the industry on the emerging opportunities in digital, LED, and perimeter advertising. They bring yet another best-in-class capability to our new virtual advertising practice, and our rights acquisition and LED businesses will also benefit greatly with additional resources and expertise."

"The move for us to be at the very heart of all things digital and virtual is one we had to make - as a long-established agency within this space, we are delighted to have joined forces with TGI Sport and the vision and backing of Bruin Capital. There is no doubt that we will continue to build upon our performance history in this relatively untapped space," commented Jones.

"This is another great move for TGI, which has unlimited potential as a leading, global media services agency," said George Pyne, Founder/CEO of Bruin Capital. "We are delighted with the aggressive approach in this burgeoning space. The addition of Sportseen - and all three companies - embodies how we plan to transform the TGI with aggressive deals in new spaces. Martin and the team will have all the resources of Bruin to build upon this momentum."

"The space is moving quickly, with more and more rights owners pushing further into leveraging geotargeted advertising. It's a complex space but with vast potential. With our capital, human and technological resources, we can scale quickly to match this growing interest as truly the best end-to-end partner for rights holders worldwide," continued Jolly.

About Sportseen/ (www.sportseen.tv): Founded in 2007, Sportseen is a leading Sports Advertising sales agency based in London. Its long standing relationships with major governing bodies across many sports and continents, has established its position as the 'go-to agency' for rights holders looking to drive incremental revenue solutions. In addition, Sportseen lists over 150 brands to whom it annually delivers and distributes tailored advertising across its entire rights portfolio. 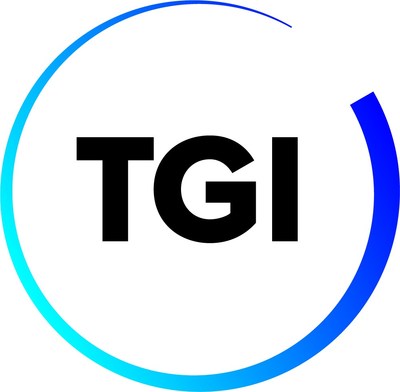