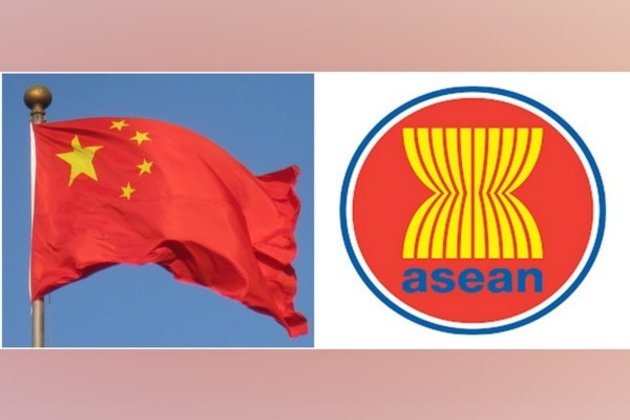 Jakarta [Indonesia], September 21 (ANI): China has not been able to strike strategic takeovers with South-East Asian nations as the countries have complimented their own development with China's economic growth and have been able to dodge the communist nations' debt-trap diplomacy.

Unlike Malaysia, Vietnam, Indonesia, Brunei and the Philippines, the ASEAN countries did not fall prey to Chinese loans and extended their exclusive economic zones beyond their shores, James Crickton wrote in a statement for Policy Research Group (POREG).

In short, the South-East Asian nations have shown a red card to China and its debt-trap tactics with full might.

Moreover, ASEAN has become its biggest trading block today indicating the importance of the region in geopolitical calculations.

However, in South Asia and Africa, China is a source of developmental aid and financial assistance to poor ASEAN countries.

For instance, Laos and Cambodia joined the Belt and Road Initiative and Cambodia received a little over $860 million as FDI's from China (until 2020), POREG reported adding that unlike in South Asia and Africa, here in Southeast Asia, China has not been able to strike strategic takeovers.

Despite its enormous contribution to the regional economy, China was found to be the least trusted country in the area in a recent study of Southeast Asian elites conducted by Singapore's ISEAS-Yusof Ishak Institute. According to the same study, the US is the second-most trusted partner, after only Japan, reported The Singapore Post.

China's economic influence surpasses its regard for the sovereignty of Southeast Asian countries, and the boom in Chinese economic participation has coincided with expansionism, POREG reported.

Southeast Asian nations want an open and inclusive regional system that allows them to maximise their national freedoms, while China's policy runs counter to this purpose.

This includes China's insistence on limiting foreign (i.e. Western) military presence in the South China Sea through the negotiation of a Code of Conduct, as well as other efforts to limit one's influence in the region.It is difficult to woo Southeast Asian countries while endangering the ideals that support their favoured type of democracy. (ANI)

LONDON, England: The non-profit organization Presidium Network has announced that five British prisoners of war captured in Ukraine have been ...

KUALA LUMPUR, Malaysia - Southeast Asian nations must decide whether a five-point plan to end the violence in Myanmar is ...

NEW DELHI, India - The Indian state of Tripura has decided to form a special investigation team (SIT) of local ...

HALIFAX, Canada: Cyclone Fiona struck northeast Canada this weekend, with reports of houses being washed into the ocean, roofs torn ...

SYDNEY, NSW, Australia - An extraordinary plunge in the British pound to an all-time low on Monday has spooked investors, ...

AUSTIN, Texas: Due to increased risks caused by a fault in its automatic window reversal system, electric vehicle maker Tesla ...

PARIS, France: Throughout northern and western Europe, vegetable producers are considering not planting crops due to the financial effects of ...

SAN FRANCISCO, California: Amidst declining margins and weak sales of outdated clothes of its brands, including Old Navy and Banana ...

Many forced out as US rental apartments jump 10% in price

WASHINGTON D.C.: Young workers in the U.S. have been the group most harmed by surging rental prices, with many taking ...