MILAN, Sept. 6, 2022 /PRNewswire/ -- "Human Brains" is the result of an in-depth research process undertaken by Fondazione Prada in 2018 in the field of neuroscience. The project has featured an online conference dedicated to the study of consciousness, a series of video talks by international scientists, philosophers and researchers, and an exhibition on the history of brain studies, currently on view in Venice until 27 November 2022. 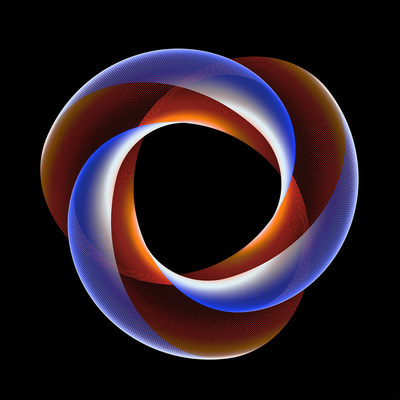 The fourth phase of "Human Brains, titled "Preserving the Brain - Forum on Neurodegenerative Diseases", will comprise an exhibition (16 September - 10 October 2022) and a conference (6 and 7 October 2022) at Fondazione Prada's Milan premises.

"Preserving the Brain" aims to stimulate an open and critical exchange between international scientists and experts on neurodegenerative diseases, such as Alzheimer's, Parkinson's, Amyotrophic lateral sclerosis and Multiple sclerosis, which are widely spread and as yet incurable.

As stated by Miuccia Prada, President of Fondazione Prada, "For us, this phase of the project is particularly significant as it permits a closer understanding of scientific research's impact on our everyday lives, and in particular on the discovery of possible cures and treatments. 'Preserving the Brain' also demonstrates how critical collaboration and sharing of knowledge are within the scientific community. This first international forum could become recurring and allow the organizations we are associated with to communicate with a wider audience, as they would like to, and Fondazione Prada to contribute tangibly to neuroscientific research."

The pivotal moment of "Preserving the Brain" will be the scientific conference held on 6 and 7 October 2022, at Fondazione Prada's Cinema in Milan. The speakers will explore the subject of neurodegenerative diseases from different perspectives, such as genetic implications and molecular mechanisms, clinical trials and possible drug treatments. The conference is addressed to researchers and universities involved in the project and representatives of prominent institutions in the health sector. The sessions will also be streamed and visible to all on the online platform: humanbrains.fondazioneprada.org.

The exhibition will be held from 16 September to 10 October 2022 in the Podium, the space at the center of Fondazione Prada's Milan venue. Conceived by the New York studio 2x4, the exhibition design will be divided into different sections supervised by the research centers, and a common central area that will encourage dialogue and exchanges between the thirteen institutes. Each section will examine a specific research process on neurodegenerative diseases employing video presentations, technological objects and instruments, scientific documents, and visual materials.

Throughout the opening of the exhibition, the 13 institutions participating in the project will give a series of online workshops that will be available to the public at humanbrains.fondazioneprada.org. Each meeting will enable the assessment of a specific aspect in the search for new treatments for neurodegenerative diseases.

US prepares to send more HIMARS missiles to Ukraine

WASHINGTON D.C.: As part of a $625 million package, the Biden administration's next military assistance for Ukraine will include an ...

HAVANA, Cuba: Three days after Hurricane Ian knocked out electricity throughout Cuba, protests broke out for a second night in ...

LONDON, England: After limiting the number of passenger departures since July to prevent long queues, baggage delays and flight cancellations, ...

JAKARTA, Indonesia: Due to rising transportation costs after a fuel price hike, Indonesia's inflation rate in September surged to its ...

NEW YORK, New York - The sharp two-day rally, which kicked off the start of October, and this week, came ...