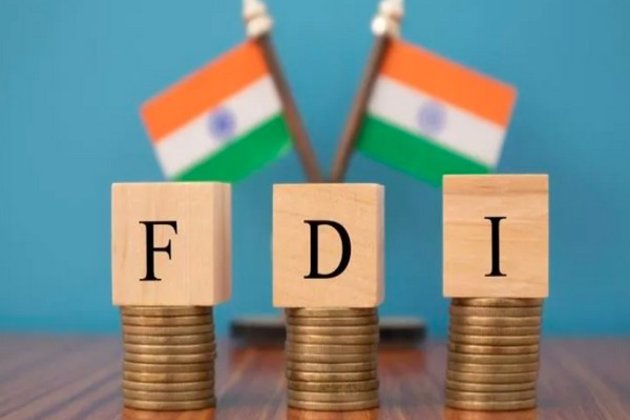 New Delhi [India], May 20 (ANI): Foreign Direct Investment (FDI) inflows to India rose to a record high of $83.57 billion in the Financial Year 2021-22 despite the COVID-19 pandemic and the ongoing Russia-Ukraine conflict, the government data showed on Friday.

There has been a consistent increase in FDI inflows to India in recent years. FDI inflow in 2021-22 was higher by $1.60 billion when compared with the previous year's $81.97 billion.

India's FDI inflows have increased 20-fold since 2003-04 when the inflows were $4.3 billion only, the Ministry of CommerceIndustry said in a statement.

India is rapidly emerging as a preferred country for foreign investments in the manufacturing sector. FDI Equity inflow in manufacturing sectors has increased by 76 per cent in FY 2021-22 ($21.34 billion) compared to $12.09 billion in the previous year.

Computer SoftwareHardware has emerged as the top recipient sector of FDI equity inflow during FY 2021-22 with around 25 per cent share followed by the services sector (12 per cent) and the automobile industry (12 per cent).

Under the sector 'computer softwarehardware', the major recipient states of FDI equity inflow are Karnataka (53 per cent), Delhi (17 per cent) and Maharashtra (17 per cent) during FY 2021-22.

Karnataka is the top recipient state with 38 per cent share of the total FDI equity inflow reported during the FY 2021-22 followed by Maharashtra (26 per cent) and Delhi (14 per cent).

The majority of the equity inflow of Karnataka has been reported in the sectors 'Computer SoftwareHardware' (35 per cent), automobile industry (20 per cent) and education (12 per cent) during the FY 2021-22.

"The steps taken by the Government during the last eight years have borne fruit as is evident from the ever-increasing volumes of FDI inflow being received into the country, setting new records," the ministry said.

The Government reviews the FDI policy on an ongoing basis and makes significant changes from time to time, to ensure that India remains an attractive and investor-friendly destination.

The government has put in place a liberal and transparent policy for FDI, wherein most of the sectors are open to FDI under the automatic route. To further liberalise and simplify FDI policy for providing Ease of doing business and attract investments, reforms have been undertaken recently across sectors such as Coal Mining, Contract Manufacturing, Digital Media, Single Brand Retail Trading, Civil Aviation, Defence, and Insurance and Telecom, it added. (ANI)