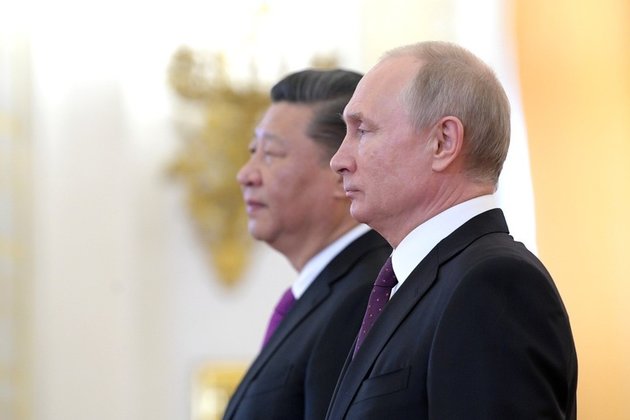 As the Ukraine crisis deepens, it has been widely reported that the Biden administration is considering technology sanctions on Russia - specifically with regard to semiconductor chips.

By weaponising its position in the semiconductor value chain, the US would essentially be repeating the action it took against Chinese telecommunications firm Huawei, but this time targeting an entire country. Banning any third party which uses American chip patents from supplying to Russia would amount to an effective technology embargo on Moscow.

As China has recently learned, this amounts to an act of extraterritorial jurisdiction by the US. America has politicized the global semiconductor market and supply chain, and sparked Beijing to urgently attempt to develop its own industry and capabilities.

Whilst Huawei is the only firm that has been subject to these tough rules to their full extent, around 400 companies have been added to America's dreaded 'entity list' - a tool used by the US to restrict trade. These span everything from telecommunications, to computing, aviation, biotechnology, nuclear energy, and more. For the US to apply these restrictions to a country the size of Russia would be unprecedented in the post-1991 era.

This benchmark, and America's aggressive politicisation of the global semiconductor supply chain, are a result of the changing political context of the world we live in. The also illustrate the thinking behind US foreign policy, which, as I have commented on previously, is obsessed with preserving its unilateral hegemony at all costs.

In such circumstances, semiconductor sanctions have quickly become a favoured tool in Washington. The monopoly the US has over critical strategic technologies can be used with the goal of preserving its advantages over others.

As a result, irrespective of what happens in Ukraine, Russia should anticipate that it will eventually be subject to these sanctions in some form or another. And this places Moscow in the same position as Beijing, in needing urgently to lose its dependence on US-origin technology, which can then be weaponized against it without warning.

While Russia has plenty of strengths of its own in engineering, aerospace, and military technologies, America's patent monopoly over semiconductor tech - and the branch industries it has created and exerts control over in South Korea, Taiwan, Japan, and the Netherlands - creates a strategic problem.

As a result, it is pivotal that Russia and China work together in this domain. Already, there is growing collaboration in strategic technologies in a number of areas, including aviation, military, and space, as a result of the challenge posed by the US. But semiconductors also need to be in the picture.

To further consolidate its hold over the global semiconductor supply chain, the US has been strongarming key companies to build capacity at home, or in friendly countries. Just last week, Intel announced a new plant in Ohio not long after the US had discouraged it from investing in one in China. Likewise, it has strongarmed TSMC to build a plant in Arizona, as well as one in Japan. It's abundantly clear that semiconductors are no longer a globally free enterprise, but a key element in geopolitics.

Whilst Beijing's aim is largely to secure its own capabilities and supplies for its own development, it should recognize that its goals will be better supported by involving and assisting other countries in the same struggle too. This would make it more difficult for the US to single out China and sustain a global grip over the industry.

On this note, it would be wise for Beijing to seek common semiconductor solutions with Moscow, including establishing joint projects to develop new patents in lithography and other critical technologies, pooling and sharing expertise, and increasing academic and research cooperation between universities, companies, and institutions.

It would also be worthwhile for relevant Chinese companies to invest in manufacturing and capacity in Russia. For example, as Huawei is banned from using almost all US tech, it would be in a better position to assist Russia than other companies who could still be subject to sanctions - not least when the firm itself is preparing to manufacture its own chip making equipment.

It is a strategic gain for the US if it is able to continually play this tool against both countries, but they are not coordinated in their response. Russia has long-term scientific expertise, whilst China has an increasingly educated population with surplus resources, yet in both cases this is an urgent area of focus.

In conclusion, the changing international environment has led to the semiconductor becoming America's most favoured political weapon, and it has expressed a willingness to use its traditional dominance in this sphere to attack its geopolitical opponents, exploiting the booming need for this technology in our increasingly digitalized world as part of a wider trend of anti-globalisation.

China is already in a race to prevent this from becoming the single most critical aspect of its containment, and all the signs are that the US will use the same approach with Russia too.

As a result, the two countries need to develop a common strategy and roadmap to deal with it. If they can aim for a base on the Moon, then surely they can solve the semiconductor dilemma and fight back against the politicisation and weaponisation of an entire industry based on American preferences.