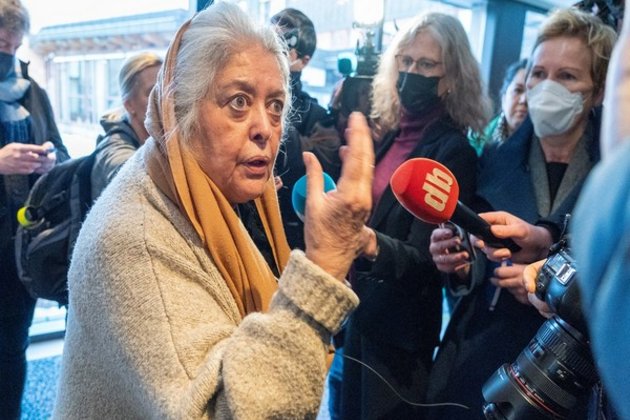 They submitted a paper that included Afghan women's demands to the Taliban's delegation and representatives of countries attending the meeting on the second day of the Oslo meetings, which is the final day of the Oslo summit, reported Tolo News.

Hoda Khamosh, one of the women's rights representatives at the meeting, once again called for the release of two female activists who disappeared last week. She further said that world is responsible for current conditions across Afghanistan.

Another Afghan activist attended the meeting, Mahbouba Seraj, saying the Islamic Emirate should fulfil whatever they promise at the meeting, reported Tolo News.

"If they continue this way, to tell us something and do something else, that's when the trust is going to break, completely. When the trust breaks completely, they should remember what happened to the ex-government of Afghanistan. We lost trust with them too. The people of Afghanistan could not find themselves in that government either," said Mahbouba Seraj.

"Yes, they were listening. I should say that. They really were listening. We gave them a paper. We asked them what we wanted. They took it. They were very, very cordial about it," she said.

"The representatives of the international community spoke their own concerns over human rights and the rights of women and stressed that the Taliban need to build trust," said Nazifa Jalali, a woman attending the meeting, reported Tolo News.

At the same time, Amir Khan Muttaqi told reporters that the Islamic Emirate will inquire into the disappearance of female activists in Kabul.

Taliban characterized Norway's initiative as preliminary steps for the recognition of the Afghan government; however, the Norwegian foreign ministry said that the meetings were not a legitimation or recognition of the Taliban, as reported by Tolo News. (ANI)