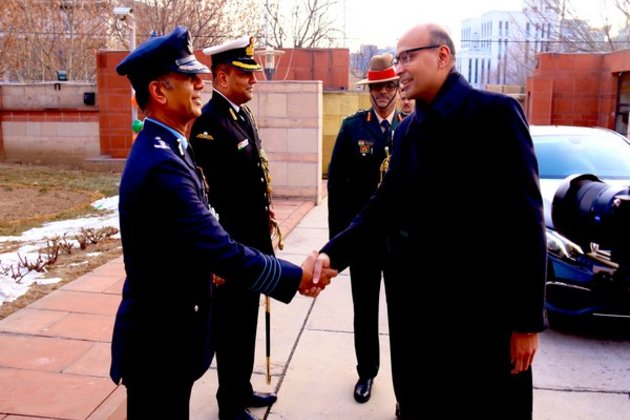 Taking to Twitter Embassy of India in Beijing said, "Cd'A Acquino Vimal unfurled the and read out President Kovind's (@rashtrapatibhvn) message to the nation. "The celebrations this year are special as Indian Republic Day falls in the 75th year of Independence, being celebrated as 'Azadi ka Amrit Mahotsav' across the country.

It has been decided that the Republic Day celebrations will now be week-long from January 23-30 every year in India.

This year, the celebrations commenced on January 23, the birth anniversary of great freedom fighter Netaji Subhas Chandra Bose, and will culminate on January, 30 which is observed as Martyrs' Day. (ANI)

US House Speaker Pelosi banned from communion over abortion views