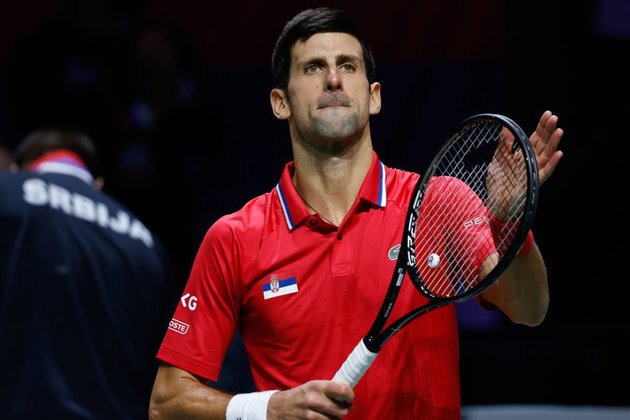 Exiled Australian Open champion Novak Djokovic appears to have agreed when his competitive return to tennis will be - and he looks likely to attempt to lift a fifth title at a tournament he skipped when the pandemic started.

Thwarted Djokovic was forced to leave Australia hours before the start of his defense of his Melbourne title after Australian Minister for Immigration Alex Hawke succeeded in a second attempt to cancel the Serb superstar's visa.

While all the talk has been around whether Djokovic will be banned from Australia for three years under border rules enforced by Scott Morrison's government, the most feared player on the circuit has purportedly already been able to look ahead to a swift return to action.

Djokovic is said to be ready to return in Dubai, where he flew to on a flight that was the most tracked in the world at the time after leaving Australia escorted by security personnel following a court ruling over his medical exemption.

The 34-year-old had arrived in Australia on the understanding that a positive Covid test in December 2019 would entitle him to be freely allowed in without being vaccinated against the virus.

His professed joy at being able to compete without the treatment turned to despair as he headed for the long flight to the country where he has reportedly been entered for the ATP 500 tournament.

The frustration Djokovic will feel at not featuring in the Australian Open final could be tempered by the prospect of being back in action at a showpiece that begins little more than three weeks later, on February 21.

Organizers are yet to confirm the male lineup for the event, which offers a total prize fund of almost $1.9 million and a payday of almost $150,000 for the champion, according to Perfect Tennis.

The 20-time Grand Slam champion won when he last competed at the tournament, beating Stefanos Tsitsipas, who was also at the center of a vaccine row involving the Greek government at the height of the pandemic, in the 2019 final.

Russian Aslan Karatsev, who Djokovic beat in the Australian Open semifinals in 2021, won in Dubai in the same year as part of a meteoric surge up the rankings.

Karatsev will be seeded seventh in a star-studded list of players headed by Djokovic, tennis expert Michal Samulski has said.

Andrey Rublev, the Russian world number six, will be the second seed ahead of Felix Auger Aliassime, who faces world number two Daniil Medvedev in the Australian Open quarterfinals.

A tennis source in the Middle East claimed the official announcement of Djokovic's participation would be made on Tuesday evening, pitting him against seven other male players in the top 20.

Nine of the world's top ten-ranked women will take part at the hotel-based tournament, running until February 26 2022.