UN Calls for Halt of Weapons to Myanmar 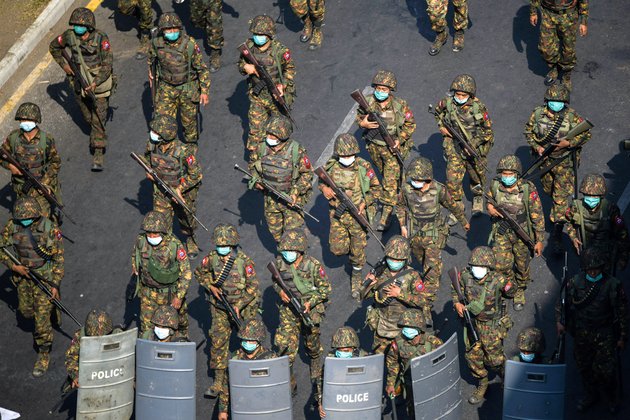 NEW YORK - The U.N. General Assembly on Friday called for a stop to the flow of arms to Myanmar and urged the military to respect November election results and release political detainees, including leader Aung San Suu Kyi.

The General Assembly adopted a resolution with the support of 119 countries, several months after the military overthrew Suu Kyi's elected government in a February 1 coup. Belarus requested the text be put to a vote and was the only country to oppose it, while 36 abstained, including China and Russia.

"The risk of a large-scale civil war is real," U.N. special envoy on Myanmar Christine Schraner Burgener told the General Assembly after the vote. "Time is of the essence. The opportunity to reverse the military takeover is narrowing."

Some countries that abstained said the crisis was an internal issue for Myanmar, others did not think the resolution would be helpful, while some states complained it did not adequately address the plight of Rohingya Muslims four years after a military crackdown forced nearly a million to flee Myanmar.

European Union U.N. Ambassador Olof Skoog said the U.N. resolution sent a powerful message: "It delegitimizes the military junta, condemns its abuse and violence against its own people and demonstrates its isolation in the eyes of the world."

U.N. Secretary-General Antonio Guterres had earlier on Friday pushed the General Assembly to act, telling reporters: "We cannot live in a world where military coups become a norm. It is totally unacceptable."

The military cited the government's refusal to address what it said was fraud in a November election as the reason for the coup. International observers have said the ballot was fair.

The compromise text "calls on all member states to prevent the flow of arms into Myanmar."

General Assembly resolutions are not legally binding but carry political weight. Unlike the 15-member Security Council, no country has veto power in the General Assembly.

The junta's forces have killed more than 860 people since the coup, according to the Assistance Association for Political Prisoners. The junta says the number is much lower.

The U.N. resolution calls on the Myanmar military to "immediately stop all violence against peaceful protesters" and end restrictions on the internet and social media.

The General Assembly also called on Myanmar to swiftly implement a five-point consensus the junta forged with the Association of Southeast Asian Nations (ASEAN) in April to halt violence and start dialogue with its opponents.

ASEAN has led the main diplomatic effort to find a way out of the crisis but was split on Friday over the U.N. action.

Kyaw Moe Tun said he was disappointed it took so long for the General Assembly to adopt a "watered down" resolution, adding: "It is critically important that no country should support the military."