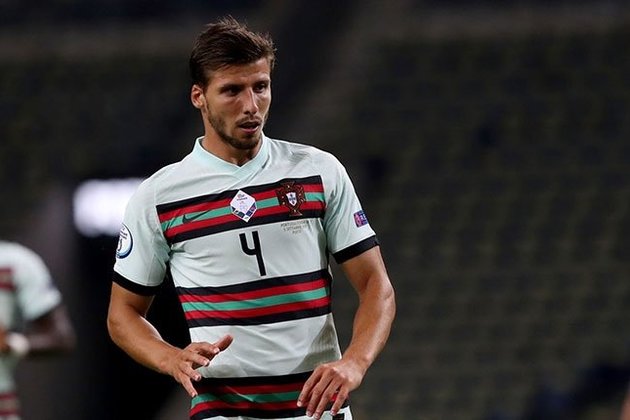 Ruben Dias has urged his Portugal team-mates to build on a strong start at Euro 2020 by beating Germany on Saturday in Munich to secure their last-16 ticket.

Defending champions Portugal have one foot in the knockout stages after Cristiano Ronaldo scored twice in Tuesday's 3-0 Group F win over Hungary in Budapest.

A first win over Germany in more than 20 years would put Portugal in the last 16, but Manchester City defender Dias says the holders must be ready to battle at the Allianz Arena.

"We have to have our feet firmly planted on the ground, we need to be better than them (Germany) and better than we were (against Hungary)," said Dias.

"It will be a completely different game," insisted Dias, as Portugal had to wait until the 84th minute before breaking the deadlock against Hungary.

Portugal have lost their last four matches against Germany. They haven't won since a 3-0 victory in the group stage at Euro 2000.

However, the Germans are struggling for form and come into the game under pressure to get their first points after losing 1-0 to France on Tuesday after a Mats Hummels own goal.

Germany defended well against the world champions but struggled to create chances, and coach Joachim Loew could switch from a 3-4-3 formation to 4-4-2.

Whatever the approach, his counterpart Fernando Santos says Portugal will be ready.

"You can't compare Hungary to Germany and we have to be ready for whatever is thrown at us," said the 66-year-old.

Ronaldo will again be in the spotlight after becoming the leading scorer in European Championship history, with 11 goals across five tournaments.

With 106 goals in 176 games for Portugal, Ronaldo is just three short of the all-time international record, set by Ali Daei who scored 109 goals for Iran between 1993 and 2006.

However Santos insists Portugal's other forwards, like Manchester City midfielder Bernardo Silva or Liverpool's Diogo Jota, must step up against the Germans.

"Cristiano Ronaldo can't win matches on his own so everyone must play their part," said Santos.