US companies give staff a day off for Juneteenth 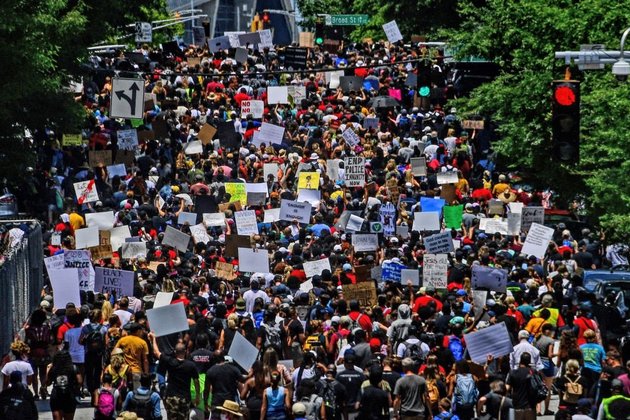 Several US companies, including JPMorgan Chase & Co and Nike Inc, have given their US employees a day off for the newly implemented Juneteenth federal holiday.

President Joe Biden signed a bill on Thursday to recognise June 19, or "Juneteenth", a federal holiday marking the end of legal enslavement of black Americans, pressuring more companies to declare the day a company holiday.

The law comes a year after the United States was rocked by protests against racism and policing following the murder of George Floyd, an African-American man, by a Minneapolis police officer.

Retailer Target Corp said the day would remain an annual company holiday moving forward, while it would be a paid holiday at Yelp Inc. Nike said it would close all US operations.

Coffee chain Starbucks Corp said its stores would remain open, but hourly workers would be paid at 1.5 times their regular rate and salaried staff will receive a holiday in lieu.

Employees can coordinate with managers for a paid day off between 1 July and 31 December, a memo from JPMorgan Chief Executive Officer Jamie Dimon said.

Bank of America Corp's staff will get a paid floating holiday this year and Juneteenth will be an official holiday starting next year, a memo showed.

Texas officially declared Juneteenth a state holiday in 1980 and since then the holiday has been officially recognised in most US states.