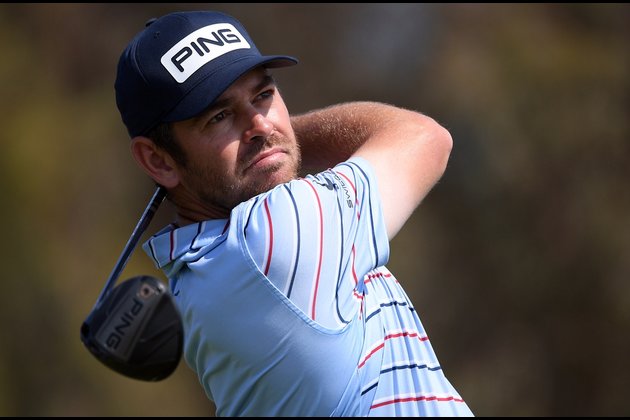 Louis Oosthuizen completed his first-round play in the U.S. Open with a pair of pars on Friday morning to maintain a share of first place at Torrey Pines in San Diego.

The South African is tied with Russell Henley, who posted a 4-under-par 67 in the first round Thursday. Henley was among those with a morning tee time on the first day, so he'll be in the afternoon wave for the second round.

Oosthuizen began the U.S. Open with a sub-70 round for the third year in a row. Upon returning to the course Friday, he had two holes to play to finish his first round.

Italy's Francesco Molinari and Spain's Rafa Cabrera Bello are one stroke back at 3 under.

About three dozen golfers completed first rounds Friday after play was suspended the previous day because of darkness. Earlier Thursday, the beginning of the tournament was delayed for about 90 minutes because of fog, putting the action off schedule.

A total of 23 golfers ended up under par through the first round.

That list included Patrick Cantlay, who was back to complete his first round and was at 1 under. He had 17 pars in the first round.

However, Colombia's Sebastian Munoz, who completed 14 holes Thursday, was in good shape until the taking a double-bogey 7 on the ninth hole to cap his first round. That gave him 71 after he had pars on the first three holes he played Friday.

Play seemed to be getting back on schedule Friday. A day earlier, there was the first fog-related delay for a U.S. Open since the 2004 first round at Shinnecock Hills.