What Indians will find when they return to Singapore 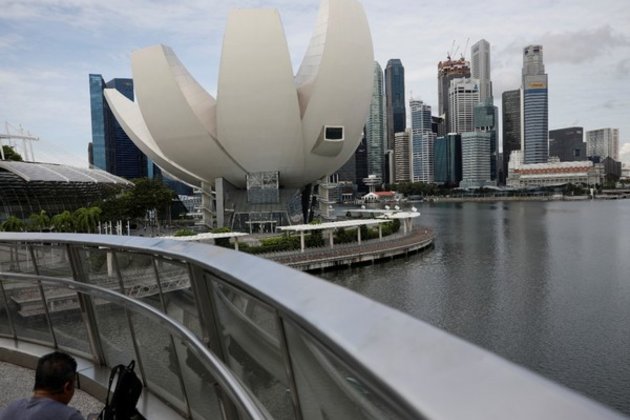 By Lee Kah WhyeSingapore, April 11 (ANI): With vaccinations against the COVID-19 well underway around the world, many are hoping that leisure and regular business travel will soon resume.According to government data compiled by the Our World in Data project at the University of Oxford, as of April 9, 6.2 per cent of Indians have received at least one vaccination shot whereas Singapore has vaccinated 19.3 per cent of its 5.8 million population with at least one dose of the vaccine as of April 6.Singapore will have the capacity to vaccinate its entire population by the third quarter of this year but expect that the rollout will not be completed until the end of the year as some are still hesitant to take the vaccine.Singapore has taken a very disciplined approach to managing the pandemic and has managed to keep the spread of the coronavirus to very manageable levels. People are still required to wear face masks in public, and safe distancing rules and capacity limits are still in place at many venues including gyms, malls and restaurants. Large scale events are not allowed.In the last two weeks, there have only been four cases of community spread of the virus and most of these were due to imported cases that were not initially detected when they first arrived in Singapore.During the 7-day period up to April 10, total imported cases stood at 163 which is an average about 23 cases per day. These are mostly made up of people coming to Singapore to work or returning residents.The hospital situation is also very much under control with 44 cases in hospitals as of April 9, with one person in critical condition. There are 223 who are well but are housed in community facilities as they are still testing positive. So far Singapore has had 30 deaths caused directly by the COVID-19 virus.Singapore is a regional financial and business hub, and its economy is very much dependent on its position as an entrepot and centre for doing business, meetings, and networking. It also has a significant tourism industry which contributed USD19.7 billion or four per cent of GDP in pre-pandemic 2019. That year, Indians were the third largest group of foreign visitors with 1.42 million making the trip to the island.It is, therefore, no surprise that the city-state is keen to open its borders as soon as it is safe to. When the International Air Transport Association (IATA) introduced a trial of its digital travel pass, Singapore Airlines and the local authorities jumped in to be among early trial users. More than 20 carriers, including Emirates, Qatar Airways and Malaysia Airlines, are also testing the pass.Following the successful test of the IATA Travel Pass by Singapore Airlines, the Civil Aviation Authority of Singapore (CAAS) announced last week that it will start accepting this pass from May.The IATA Travel Pass consists of digital certificates of COVID-19 tests and vaccines from accredited laboratories stored in a smartphone application. It works by speeding up pre-departure and arrival checks needed for travellers to get clearance to fly and enter any country by storing trusted and verifiable information about passengers' COVID-19 health status in one place. This avoids complications and delays at airports where at the moment multiple checks on documents are required.IATA said it hopes that the digital travel pass will allow governments to confidently re-open borders without quarantine in order to restart the aviation industry.Although the travel pass will speed up the processes and reduces the hassle when travelling, travellers are at the moment still be subjected to the normal quarantine rules.For Singapore, most travellers coming into the country, including those from India are subject to a 14-day quarantine period and have to take and pass PCR (polymerase chain reaction) tests at the start and end of the quarantine period. This is with the exception of travellers arriving from Australia, New Zealand, China, Taiwan and Brunei. These travellers from countries where infection rates are low have to take the PCR test on arrival and self-isolate until the results are known which usually takes between 24 to 48 hours.While new ways of safe travelling are being introduced, and with the global vaccination programme still at an early stage, Singapore is for now is devoid of foreign tourists.In spite of this, the Singapore Tourism Board (STB) has taken the opportunity of the lull to refurbish many tourist attractions, among them, the Singapore Art Museum, the Singapore Peranakan Museum (a local ethnic cultural centre), and the Reflections at Bukit Chandu (a World War II museum).There will also be three brand new major attractions waiting for visitors when they return to Singapore.One of which is New York City's Museum of Ice Cream which is popular with Instagram users for its rainbow sprinkled pool and other colourful features on top of its ice cream. It will open sometime in the second half of 2021 in the Dempsey area, near Tanglin.This was announced by (STB) at an annual industry conference last Wednesday (April 7) for the local tourism industry.Also slated to open later this year is the Slingshot, a thrill ride at Clarke Quay. It is the tallest in Asia and will catapult riders almost 70 metres into the air at a speed of 160 km per hour. This will replace the G-Max Reverse Bungee, a similar ride at Clarke Quay which stopped operating in 2019.The third addition to Singapore's tourist offerings is SkyHelix Sentosa, the country's first open-air panoramic attraction. This is set to open in 2022 at the Imbiah Lookout, a short walk from Singapore Cable Car's Sentosa station."These projects are a welcome breath of fresh air amongst all the negativity and bad news in the last year," said Keith Tan, the Chief Executive of STB. "Since the pandemic hit, we have focused on how to weather the 'long winter'". He continued by saying that now is the time to focus on how Singapore can prepare for the future and thrive to become an attractive destination. (ANI)