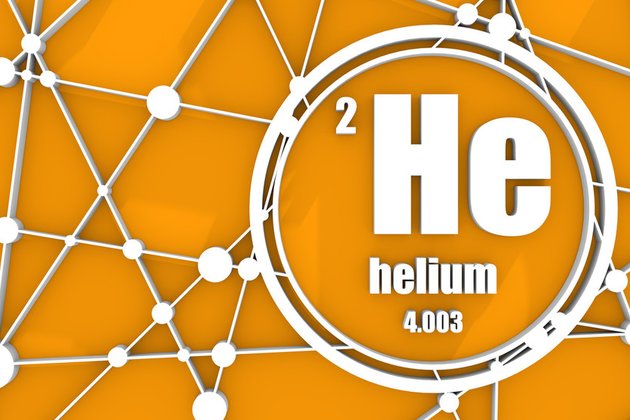 The world is racing towards a greener future, and while lithium has remained center stage in this new energy transition, helium is quickly becoming a hot commodity.

Two years ago, three pre-eminent materials scientists, John B. Goodenough, M. Stanley Whittingham, and Akira Yoshino, were awarded the 2019 Nobel Prize in Chemistry for their groundbreaking work in the development of lithium-ion batteries.

The Nobel committee noted that Whittingham developed the first functional Li-ion battery in the early 1970s, though it failed to become a commercial success due to its excessive volatility. Meanwhile, Goodenough built on Whittingham's work and successfully developed more powerful batteries while Yoshino later produced the first commercially viable lithium-ion battery in 1985.

The committee acknowledges the critical role that these revolutionary devices are playing in the clean energy transition:

"Lithium-ion batteries have revolutionized our lives and are used in everything from mobile phones to laptops and electric vehicles. Through their work, this year's Chemistry Laureates have laid the foundation of a wireless, fossil-fuel-free society."

Similarly, Wall Street is going ultra-long with Morgan Stanley saying lithium supply needs to jump 10x in the space of just four years in order to keep up with the massive electrification drive.

While there's plenty of lithium on our planet, no new mines are coming online at a fast enough clip to meet growing demand, pointing to an unfolding shortage a few years down the line.

At first glance that sounds like the usual Wall Street hyperbole, but not when you consider that experts are predicting that the humble lithium-ion battery is beginning to threaten coal and natural gas power plants as utilities everywhere increasingly plug them to the electric grid.

Indeed, there's an unfolding trend whereby cheap grid-scale batteries are beginning to replace fossil fuel power plants as the more economical option for supplying extra power during times of peak usage thanks to rapidly falling battery costs. The trend is gaining serious momentum as the transition to renewables shifts into a higher gear.

When grid-connected batteries supply enough electricity to meet peak demand, utilities neither have to build as many power plants and transmission lines nor fire devices that emit copious amounts of planet-warming gases.

But whereas Li-ion batteries are unequivocally some of the greatest innovations in modern times, many investors have been sleeping on yet another commodity that's enjoying a renaissance in the clean energy boom: Helium.

Explosive growth in the semiconductor and healthcare industries as well as space and quantum computing have been driving huge and growing global demand in helium.

While batteries are set to power everything, helium is indispensable in many key applications including space exploration, rocketry, high-level scientific applications, in the medical industry for MRI scanners, fiber optics, electronics, telecommunications, superconductivity, underwater breathing, welding, cryogenic shielding, leak detection, and in lifting balloons. At a melting point of -261.1C (-429F), helium has the lowest melting point of any element, meaning there's no substitute for the gas where ultra-low temperatures are required including in superconductors.

With demand constantly outstripping supply and the federal government no longer freely selling helium, prices have skyrocketed, hitting $35 per liter in 2019, more than double an average of $14.60 per liter they commanded three years ago.

Only a small percentage of the helium generated through natural means is readily accessible, and even a smaller proportion is economically feasible to collect.

The helium that we find on our planet is a product of radioactive decay from minerals made of uranium and thorium. Unfortunately, the vast majority leaks off into space, and whatever little that is trapped comes nowhere close to meeting our global demand of 32,000 tons of helium per year (about 6.2 billion cubic feet measured at 70F and under earth's normal atmosphere). The vast majority of our helium reserves come from millions of years of gradual accumulation, especially in shale formations.

After being formed deep in the bowels of the earth, helium tends to rise and collect in the same deposits as natural gas. In fact, most of our helium supply comes from natural gas companies that collect the gas as an ancillary benefit. Unfortunately, current technological limits mean that helium is only economically recoverable at concentrations greater than 0.3%. Consequently, the vast majority of the helium in gas reserves is simply vented away.

But the weakest link in the helium supply chain: The US federal government is no longer selling helium to traders and manufacturers.

Back in 1925 when helium-based airships seemed like they would become vital to national defence, the US government created the Federal Helium Reserve (FHR) out of a giant, abandoned salt mine located 12 miles northwest of Amarillo, Texas. Over several decades, FHR collected as much helium as it could and essentially became the world's strategic helium reserve supplying ~40% of the world's needs.

Unfortunately, the FHR eventually ran into debt trouble to the tune of billions of dollars thanks to its practice of selling helium at well below market prices. In 1996, the US government passed laws mandating FHR to sell off its reserves and close in 2021 in an effort to recoup its debts.

The Bureau of Land Management (BLM) has outlined the process and timeline by which the FHR will dispose of its remaining helium and helium assets. BLM, which now manages the reserve, managed to sell off most of the stored helium to all users, with the remaining three billion cubic feet (84 million cubic meters) by 2018 restricted for sale to only federal users, including universities that use helium for federally sponsored research. BLM held its last Crude Helium Auction in Amarillo, Texas, in 2019 with the price rising 135%, from $119/Mcf in 2018 to $280/Mcf in 2019.

The sale of crude helium to private industry has been discontinued and the remaining stockpile is earmarked for Federal users only.

The sale deadline has since then been extended to 30 September 2022, but privatisation likely won't be completed until at least 2023.

This article was originally published on Oilprice.com