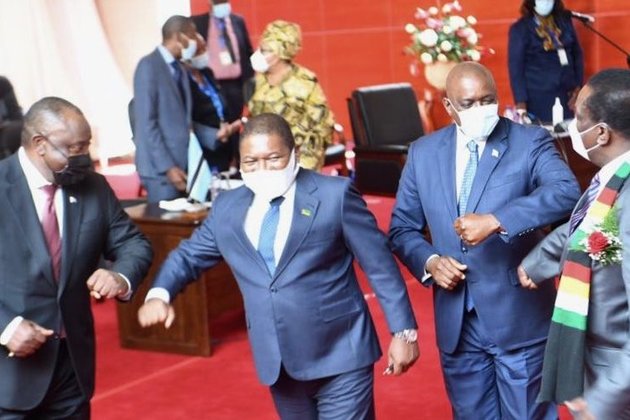 The Southern African Development Community (SADC) held an Extraordinary Double Troika meeting on 8th April in Maputo to deliberate on measures on addressing terrorism and its related impact on the current development specifically in the Mozambique and generally in southern Africa. The Cabo Delgado crisis started in 2017 with insurgents taking control of parts of northern Mozambique.

South African president Cyril Ramaphosa and the ministers of international relations, defence and state security attended the meeting. It was also attended by Mozambique, Botswana, Malawi Zimbabwe and Tanzania.

The summit was called in the wake of the terrorist attack of 24 March against the town of Palma in the northern Mozambican province of Cabo Delgado, but the leaders did not pledge any immediate practical support for Mozambique.

SADC Troika heads however said the acts of terrorism perpetrated against innocent civilians in Cabo Delgado, Mozambique, could not be allowed to continue without a proportionate regional response and reported that 12 decapitated bodies have been found behind a hotel in the region.

Mozambican President Filipe Nyusi has called for cooperation in cross-border surveillance as essential to stem the flow of foreign fighters fomenting terrorism in Cabo Delgado, warning of the spread of violence throughout Southern Africa.

Among the measures that the SADC countries should implement to combat terrorism is strengthening border control between Southern African countries, he said, and further added that Southern African police and judicial systems must consistently work to combat trafficking and money laundering that funds terrorism.

Nyusi stressed that the organization should implement practical acts to combat this scourge of terrorism to prevent its expansion and destabilization of the region, and warned of the risk that the actions of armed groups with a jihadist connotation could hinder regional integration.

According official reports, SADC fends off United States / European Union anti-terror intervention in Cabo Delgado. It further said no to another Mali / Somalia / Libya / Syria disaster on the African continent, adding that the global Anti-Terror lobbies are frustrated.

Deeply concerned about the continued terrorist attacks in Cabo Delgado, especially for the lives and welfare of the residents who continue to suffer from the atrocious, brutal and indiscriminate assaults, the leaders decided at their meeting to deploy a technical mission to Mozambique. It's not clear what action the region will take but the deployed technical mission will report back to heads of state by 29 April.

The final communique from the summit condemned the terrorist attacks "in the strongest terms" and declared that "such heinous attacks cannot be allowed to continue without a proportionate regional response" but it did not suggest what such a regional response might consist of.

The Summit expressed "SADC's full solidarity with the government and people of Mozambique" and reaffirmed "SADC's continued commitment to contribute towards the efforts to bring about lasting peace and security, as well as reconciliation and development in the Republic of Mozambique."

The summit ordered "an immediate technical deployment" to Mozambique, and the convening of an Extraordinary Meeting of the Ministerial Committee of the Organ by 28 April 2021 that will report to the Extraordinary Organ Troika summit on 29 April 2021.The extremely brief communique mentioned no other specific measures.

The violence unleashed more than three years ago in Cabo Delgado province took a new escalation about a fortnight ago when armed groups attacked the town of Palma, which is about six kilometres from the multi-million dollar natural gas, according to United Nations data.

The attacks caused dozens of deaths and forced thousands of Palma residents to flee, worsening a humanitarian crisis that has affected some 700,000 people in the province since the conflicts data. Several countries have offered Maputo military support on the ground to combat these insurgents, but so far there has been no openness, although reports and testimonies are pointing to security companies and mercenaries in the area.

About SADC: SADC is an organization of 16 member states established in 1980. The mission is to promote sustainable and equitable economic growth and socio-economic development through efficient, productive systems, deeper cooperation and integration, good governance and durable peace and security; so that the region emerges as a competitive and effective player in international relations and the world economy.