Opinion Brexit and Its Many Identities in the UK 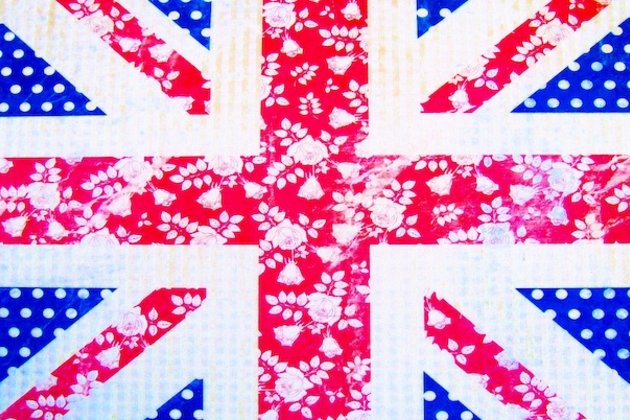 The United Kingdom, like many nations, has always been a nation formed of a complex patchwork of identities. There are national identities in Scotland, England, and Wales, regional identities from Cornwall to Yorkshire, and the ever fractious political-religious identities of Irish republicanism, unionism, and loyalism in Northern Ireland. Scottish independence will be on the ballot again in the next decade and there is the prospect of a united Ireland or at least an increase in cross-border political participation between Dublin and Belfast. Brexit may not have revealed these different identities but it has led to a reassertion across Britain's regions that is palpable and that will likely have far-reaching consequences for the foreseeable future.

Margaret Thatcher famously said that that "there is no such thing as society", rather only individual men, women, and families who must look after themselves first and not rely solely on the government for their wellbeing. Brexit has reaffirmed the notion of a society-less Britain that is instead defined by a more nationalist and individualist streak with a tendency towards groupthink at the community level. There is the belief that government, at the federal level, lacks an identity and a purpose that can transform individuals' lives. In response, regionalism and nationalism appear to provide a pathway for prosperity built upon a positive manifestation of long-held grievances. In many respects, the winners of Brexit have been the regional and issue-driven parties like the Scottish National Party (SNP), the Green Party, Plaid Cymru in Wales, and Sinn Fein in both the republic of Ireland and Northern Ireland. In contrast, Britain's two major political parties, the center-left Labour Party and center-right Conservatives, have endured a dramatic realignment of their platforms and core constituencies as a result of Brexit. In a time of uncertainty, the more identity-driven and nationalist parties have proven to be the most successful in forging a political identity that can work not just for the UK, but most importantly, for Europe and a European future.

A major factor in the formation of the UK's many identities is the role of London as a global city that at times can feel quite distant from the UK's constituent nations and regions. London can feel much closer to New York and Singapore than to Birmingham and Bristol and it can be much easier to relocate from London to New York than from the Midlands or the Midwest. This was a pivotal dynamic that shaped both the 2016 Brexit referendum and the election of Donald Trump. A mobile, urban core that is deeply connected and borderless, enjoying the fruits of globalization while the periphery struggles to stay afloat and gain recognition from the urban, more prosperous powerhouse.

The global citizenry of London, as in other major cities, has long viewed the interconnectedness that comes with being in the core with a degree of apathy. In contrast, the periphery has had time to mobilize and agitate for the connectivity it desires, while never taking its identity or values for granted. In the Brexit referendum, this apathy led to a lower turnout of roughly 64% among younger voters between the ages of 18 and 24 and a highly motivated and enthusiastic turnout of roughly 90% among voters over the age of 65, which ended up tipping the balance. The notion of a connected and globalized society is popular, but it is not nearly as popular and motivational as the desire to form an identity at the regional or community level. The Leave campaign capitalized on this identity of detachment and disassociation within the periphery, while the Remain campaign too often dismissed that identity as a minority position that bordered on racist and xenophobic. In the process, divisions and grievances deepened, and the number of identities claiming a stake to the UK's future has only grown.

The traditional notion of nationalism as an exclusionary and divisive platform in Wales, Ireland, and Scotland has been forever changed as a result of Brexit, particularly when compared to the platforms and recent campaigns of Labour and the Conservatives. The next decade will feature an interesting examination of this theme if Scottish nationalism prevails but leads to an independent Scotland that is pro-European, outward-looking and inclusive in its politics rather than exclusionary. The same would go for a united Ireland that is centered on Irish republicanism and is a rejection of unionism but which is also pro-European and outward-looking. This is a benevolent nationalism that is built on social democracy and social justice, and most importantly for Northern Ireland, is a rejection of the violence and paramilitarism of the past. It is a nationalism that can win elections and bring people together with a sense of purpose that more traditional and centrist platforms have failed to do. The test will be whether this nationalism can sustain itself and serve as a worthy representation of its constituents in both Europe and on a global level. How Brussels, Beijing, and other capitals respond to this new political reality and assertion of nationalism will be a critical bellwether to its success as an ideology in post-Brexit Britain.

The identities and shared communities of (Northern) Ireland, Wales, and Scotland will be much stronger in the years ahead but they should not be stronger at the expense of a wider British identity. All of the UK's regions will likely retain close economic and cultural links with London post-Brexit, and a common travel area that ensures borderless trade and the free movement of goods and people will be critical. In this respect, a European identity or at least one that reminds the UK of the shared values of its immediate neighborhood in Europe will also be critical. The UK's constituent nations have the chance to lead on this issue and provide an identity that is outward-looking yet at times protectionist and globally-minded yet rooted in regional realities.

Scotland, Wales, and Northern Ireland have the chance to effectively transition Britain's collective identity from a post-imperial one to the post-Brexit reality of one rooted in nationalism but held to the pillars of social democracy and inclusion. This will be a challenge that will require the involvement of everyone from the arch Brexiteer in the periphery to the mobile young professional in the core. We must hope the United Kingdom meets this challenge and fosters a collective sense of civic responsibility while applauding the multitude of unique identities that will undoubtedly determine its course of history.