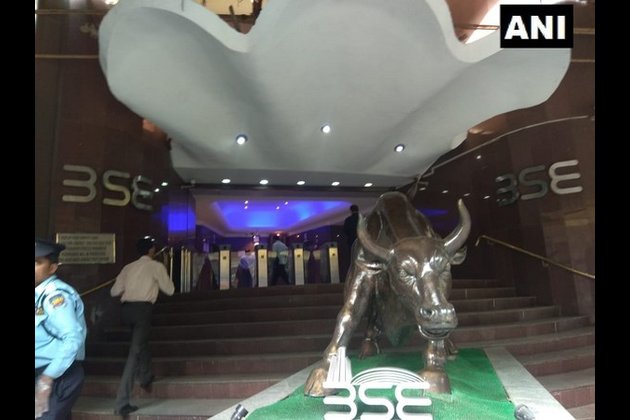 Mumbai (Maharashtra) [India], July 16 (ANI): Equity traded with a positive bias on Tuesday as investors shrugged off trade data release a day earlier while hoping for an additional interest rate cut by the Reserve Bank of India (RBI) next month.

At the National Stock Exchange, all sectoral indices were higher except IT which lost 0.6 per cent. Nifty realty was up 1.9 per cent, PSU bank by 1.4 per cent and pharma by 1.5 per cent.

Among stocks, Yes Bank jumped 14 per cent higher to close at Rs 106.25 per share amid reports that private equity firms showed interest for a major stake in the private sector lender.

Dewan Housing Finance Corporation, which had closed over 29 per cent down on Monday, reversed the trend and closed 4.3 per cent higher.

However, Tata Consultancy Services lost nearly 1.7 per cent. The other prominent losers were MahindraMahindra, HCL Tech, Kotak Bank and UPL.

Though Japanese Nikkei saw profit booking, the Hang Seng and Shanghai markets both traded in the green. (ANI)