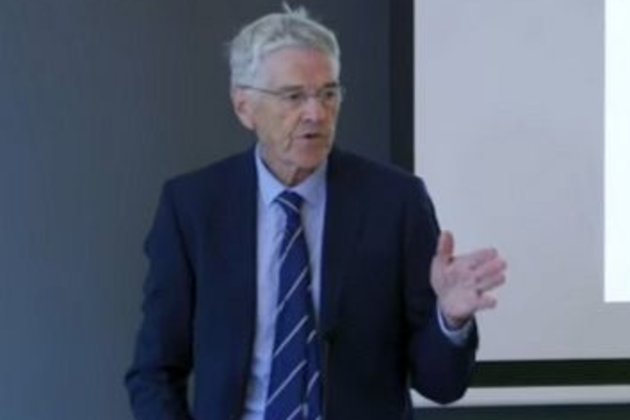 MODERN MONETARY THEORY (MMT) is emerging as one of the main heterodox ways to understand macroeconomics, in contradistinction to the Neoliberal orthodoxy.

MMT is not a set of policy prescriptions. Rather, to use co-founder Bill Mitchell's word, it is a "lens" that allows us to see more clearly what already exists.

So, its proponents claim it is not particularly ideological. The ideology comes afterwards when we craft policies based on an understanding of MMT.

At MMT's centre are claims about the currency-issuing capacity of governments like Australia - what the limits are and what the likely effects would be if the government adopted an expansionary or contractionary fiscal stance, mostly via spending and taxation.

Also at the centre of MMT is a government job guarantee.

The job guarantee sounds like a new policy proposal rather than an economic identity that already exists, but Mitchell says this is not quite correct.

'So, while the Job Guarantee superficially appears to be a policy prescription, which would suggest that MMT is more than just a superior lens through which you can understand how the monetary system actually works and better appreciate the capacities of the currency-issuing government, the reality is that if one establishes that "economy" is about the elimination of inefficiencies, then the choice between the two price stabilising realities:

(a) a NAIRU unemployment buffer stock system; and

(b) a Job Guarantee employment buffer stock system is a non-choice.

Only (b) is closer to being efficient, given the massive wastage of income and human potential that arises.

So the Job Guarantee is much more than a simple "policy prescription". It is an essential component of a macroeconomic stability framework, a point that is lost on many, who only construct it as a job creation program.'

Nuances aside, what is the MMT job guarantee?

In essence, it means that the Federal Government would provide a real job at the minimum wage to any person of working age who wanted more hours of work (up to full-time hours).

Therefore, the Australian workforce would consist of:

At the moment, the unemployed and underemployed in Australia - almost 2 million people - form a "buffer stock" of potential workers that employers can draw from. (Overseas workers also increasingly form a buffer stock for Australian firms.)

Mitchell argues that employers quite like this arrangement - it not only disciplines inflation, but it also disciplines the unions and the workers themselves.

To put it more bluntly, power has shifted to the employers as secure work has become harder to get.

Under the MMT job guarantee, those who currently want work (or more work) would suddenly become a buffer stock of actual workers, earning a base income, being productive, learning new skills and enjoying newfound self-esteem.

If you lost your regular job or were leaving the education system without a job, you would be instantly employed in the government job guarantee scheme.

Instead of the dole ($275 a week) which nobody should be expected to live on, you would receive the minimum wage, which is now about $720 for a 38-hour week.

In short, the job guarantee scheme would be a safety net that should be much preferred to the current system of the dole, work-for-the-dole, work-seeking tests, and so on.

Note that the job guarantee is not a variant of the work-for-the-dole scheme.

No doubt that is why GetUp has made the job guarantee a feature of its new economic policy, Future to Fight For.

Where will the money come from?

Answer: the same place that all Federal Government spending comes from - a bottomless pit of computer keyboard strokes.

But won't that mean the Federal Government will mostly have to run budget deficits?

Answer: yes, which is normal and will continue till doomsday, as also happens in the UK and USA.

Obviously, the Federal Government could easily spend too much relative to taxation, our balance of payments and the productive capacity of the economy (resulting in high inflation) but that has little to do with running sensible budget deficits.

In fact, the Federal Government cannot precisely determine the actual budget (fiscal) balance due to the powerful effect of the automatic stabilisers (the rise and fall of welfare payments and tax receipts as the economy waxes and wanes).

Sensible targets for a Federal Government are full employment, low inflation, low-interest rates, manageable private-sector debt and a high genuine progress indicator in keeping with the ecological capacity of the planet.

We can call that a qualitatively improving steady-state economy.

What would the jobs be?

A job-guarantee job would be productive work that needs to be done but is not in competition with the pre-existing public service or the private sector.

Jobs would be matched to people's skills and interests as far as possible.

The scheme would be administered at the local level and local authorities could be expected to know what they need done.

It follows that people would be more able to stay in regional areas if they so desired.

How many people would be on the scheme?

As already explained, people would transition in and out of the scheme in response to fluctuations in the economy and the resultant need to hire and fire in the normal way.

However, under a less Neoliberal policy regime, with government resuming its former ownership and management of natural monopolies and "public goods" like energy generation and distribution, ports, airports, communications and even banking, one can envision a greatly expanded public service where "downsizing" is jettisoned along with unnecessary profit-seeking.

Similarly, a properly funded state and local government sector could employ many people, resulting in fewer people in the job guarantee scheme.

Expanding all levels of government would heavily ameliorate the need for job-guarantee places.

If automation continues, then cuts to the number of hours that define the "normal" working week would do the same.

Has a job guarantee scheme been tried anywhere else?

Yes. There has been a limited scheme running in India since 2005 and Argentina trialled a scheme from the early 2000s.

What about a universal basic income instead?

In the GetUp policy already mentioned, a guaranteed basic income is combined with a job guarantee scheme. This policy recognises the role that meaningful work plays in people's lives, whereas simply providing money would not fulfil most people's needs.

The government job guarantee - an idea whose time has come.

Stephen Williams is a freelance journalist focusing on politics, economics and the environment.