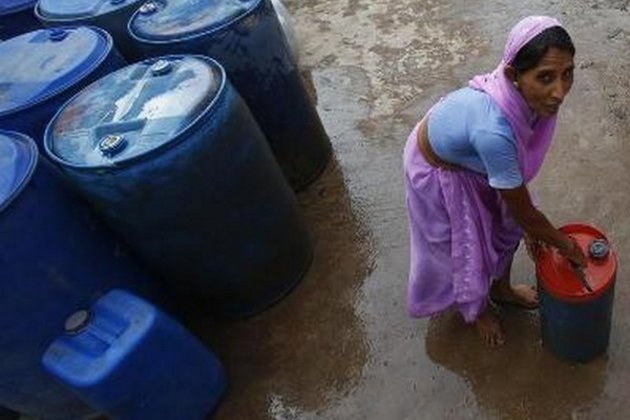 New Delhi [India], May 13 (ANI): For a long time, we have been hearing that there is a need to conserve water, but how many of us do really care to act on it. Only a handful presumably! Factually, only 0.014 percent of earth's water is available for its 6.8 billion people.

Recently, a developed city like Cape Town was in the news faced with water scarcity and the threat of running out of drinking water and there is a likelihood of eleven other developed cities of the world reaching that same condition.

A recent UNESCO report has highlighted how India too is staring at a deepening water crisis and few steps being taken to ameliorate this bleak situation. Can we afford a water-related crisis? Certainly not!

Subharansh Rai, Advisor of Aquaoin INC, which says it is committed to providing clean reusable water without the use of chemicals, said that there are a group of entrepreneurs in India who have come up with a block-chain based technology "Water2All"(W2A) that can recycle waste water and make it safe for human consumption. Block chain solutions that can go a long way in making use of every drop of water efficiently.

Rai said, "W2A will aim to develop intelligent technology to produce hassle-free potable water with the help of state-of-the-art machines that will be reliable, non-polluting, energy efficient and cost-effective."

Aquaoin has announced plans to come out with an Initial Coin Offering (ICO) that it says will generate the required funding for creating these ready-to-use machines.

Rai predicts that in India, "functional water is expected to grow and more companies will enter this space" because of five key factors: (1) Growing population (2) Rapid urbanization (3) Growth in tourism (4) Growing awareness about the need for safe drinking water and (5) Strained government resources.

As per one report, 80 percent of the bottled water India is unsafe. Three out ten units manufacturing bottled mineral water were found to be delivering contaminated products to the market. This was revealed by the Ministry of Consumer Affairs in March this year while replying to a question in parliament.

Globally, 90 percent of bottled water is said to be contaminated at some level or the other. A survey by Orb Media discovered that widespread contamination is caused by plastic debris.

Now, there is an increasing acceptance that block chain technology may have the potential to produce drinkable water from waste water.

Aquaoin has the required Ethereum-based block chain technology and machine to produce drinking water as per World Health Organisation (WHO) standards and its self-contained, independent and automatic.

Rai said that its endeavour is to work under the government's "Make in India" flagship programme and make this unique technology available at all levels, including state, city, zone, home and individual.

Based on W2A parameters, the Aquaoin "smart" machine is expected to efficiently extract and supply fresh water from waste water.

"Show business", Helen Reddy once said, "was the only business that allowed you to earn the same salary as a ...

CLEVELAND, Ohio - The future of presidential debates in the United States is up in the air after a chaotic, ...

The sculpture Stand Tall, Stand Loud, conceived by the African American artist Aaron Bell, whose father once was a prominent ...

KUWAIT City, KUWAIT - Kuwait's ruling Emir Sheikh Sabah al-Ahmad al-Sabah has passed away on Tuesday in a hospital in ...

In the hours after U.S. Supreme Court Justice Ruth Bader Ginsburg died, shocked Americans speculated about whether or not Republican ...

United States considering walking away from embassy in Baghdad

BAGHDAD, Iraq - The United States is threatening to close its embassy in Baghdad amid frustrations over attacks by Shi'ite ...

China's massive coal industry isn't worried about the nation's plan to drastically cut carbon emissions by 2060.It will likely be ...

International freight depressed due to lack of planes in air

Criticism mounts in China over 'bullying' of social media platform