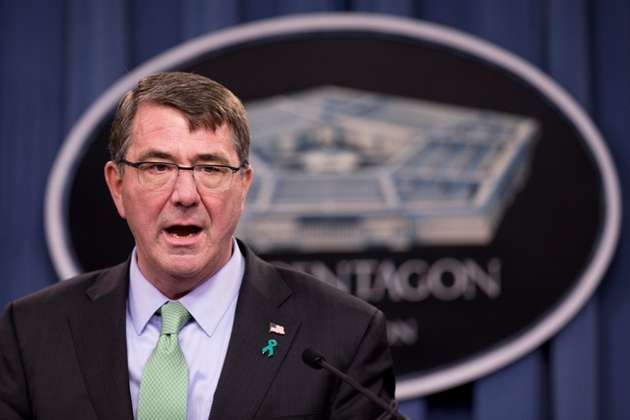 Announcing its plans to ramp-up military presence in Philippines, Carter said that U.S. troops and military equipment would be sent on regular rotations in the Philippines.

Even as China continues to assert its territorial claims over the South China Sea - that witnesses over $5 trillion in global ship-borne trade passing by each year, U.S. and Philippines officially announced that they had started joint patrols in the disputed waterways.

Carter added, Countries across the Asia-Pacific are voicing concern with Chinas land reclamation, which stands out in size and scope, as well as its militarisation in the South China Sea. Theyre voicing those concerns publicly and privately, at the highest levels, in regional meetings, and global fora.

He clarified that the broader American military presence was not meant to provoke conflict with the Chinese.

A contingent of U.S. military aircraft and 200 U.S. airmen from U.S. Pacific Air Forces would be at Clark Air Base, a former U.S. Air Force base by the end of April, he said. Carter however did not reveal the exact location in the South China Sea where the patrols took place.

Meanwhile, Gazmin said, There will be a regular, periodic presence here of American forces. The things that were doing here are part of a pattern that goes back decades. Theyre by the invitation of an alliance partner.

Pentagon too released a statement and said that the first U.S.-Philippines joint patrol in the South China Sea occurred in March 2016 and a second one happened earlier this month and would occur regularly in the future.

It said, in addition to that, up to 75 U.S. troops, mostly Marines, would remain in the Philippines on a rotational basis after the conclusion of joint Balikatan or the U.S.-Philippines shoulder-to-shoulder military exercises. The troops would support "increased operations in the region.

Six Pacific nations including Brunei, Malaysia, Philippines, Taiwan and Vietnam have territorial claims in the South China Sea that is believed to have huge deposits of oil and gas. All claimants have accused China of using its military might to intimidate them into backing down.